The XS-SP33D Fireball is the muscle car of the future. The dangerous combination of gigantic engines and a light frame allow it to achieve acceleration well beyond the human body's tolerance. Although it is completely unarmed, the XS-SP33D is often jokingly known as "the deadliest ship in the galaxy," because nearly every pilot foolish enough to fly one has died at the controls. Several of the 23rd century's biggest rock stars are among the victims, which has earned the XS-SP33D the nickname "the Star Destroyer," an allusion to an old science fiction story.

Click any of the thumbnails to see a larger image. 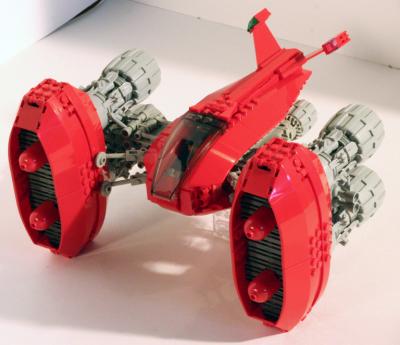 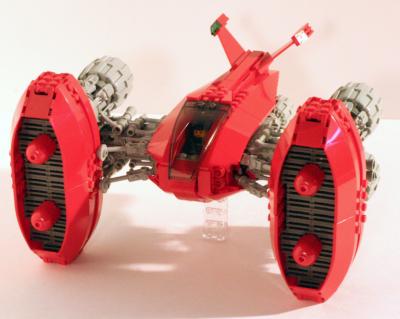 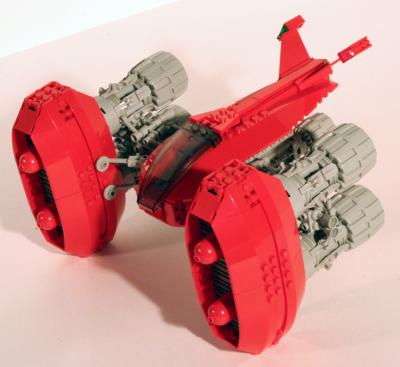 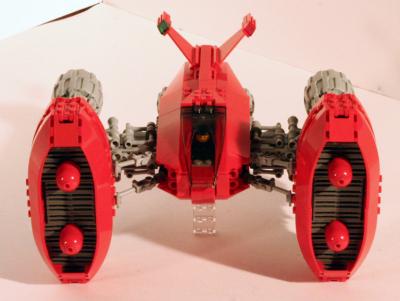 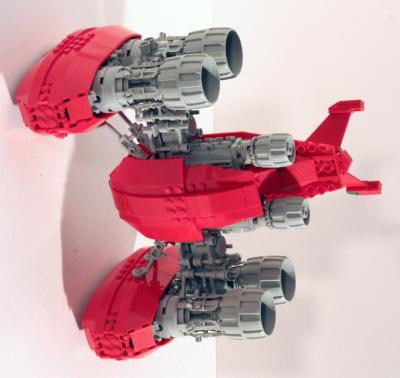 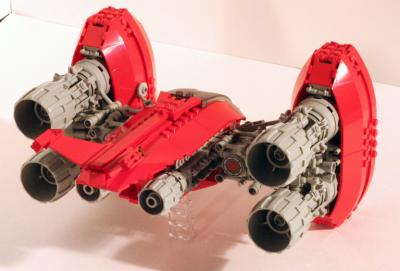 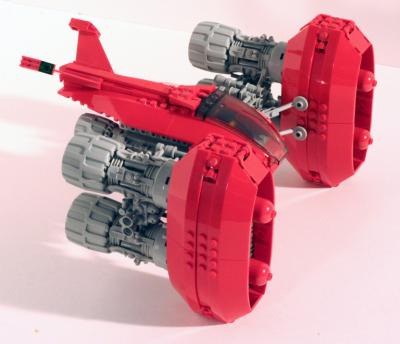 The cockpit is cramped, but a minifig actually fits inside. 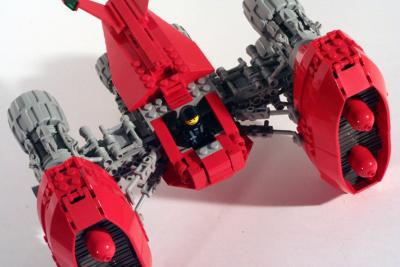 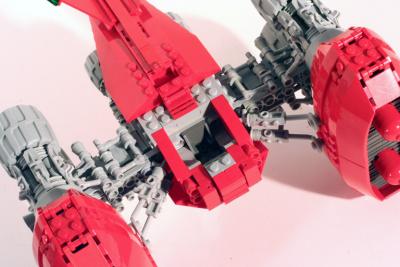 I used some interesting building techniques in this ship. Here are a few shots showing how this thing is put together. 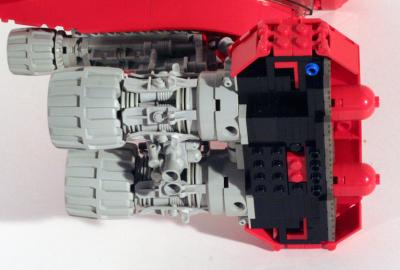 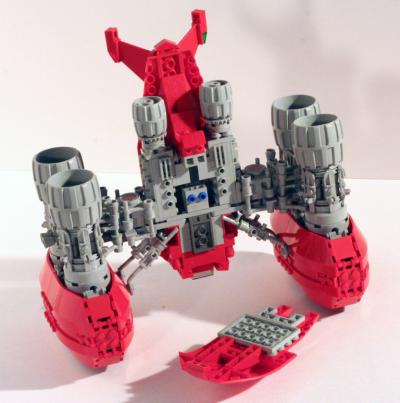 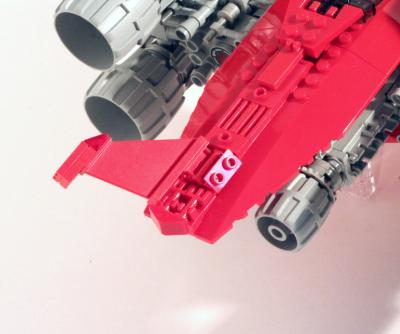